Can You Really Be Addicted to Food?

There has been a lot of media attention on food addiction research.  Scientists are curious about this possibility because the brain region (and neurochemicals) involved with substance abuse, are also implicated in overeating.   But there are a lot of reasons, other than addiction, that can explain the rewarding aspect of eating.

Survival of the Species

This brain-reward system is believed to be necessary in order to ensure human survival. This involves the brain chemical, dopamine, which triggers both a pleasurable feeling and motivation behavior. Engaging in activities necessary to survival (such as eating and pro-creating) triggers a rewarding-feel-good experience.

Hunger by itself, enhances the reward value of food, in which more dopamine is triggered.  For example, you might find yourself suddenly interested and motivated to cook a meal, if you discover you are hungry.   Dieting (which can be a form of chronic hunger) also has this effect.

The dopamine effect could be attributed to Pavlovian conditioning (recall the classic study, in which Pavlov’s dogs salivated at the mere ringing of a bell.  This anticipatory salivation occurred because the dogs were conditioned to receiving a treat after a bell rang, each time). This is not addiction.

Many pleasurable activities trigger dopamine, including socializing, hiking, and playing games. The great majority of people I see in my practice who binge-eat, are often leading very unbalanced lives, which “deprives” them of the dopamine benefits. When needs are not being met, food becomes even more enticing, more rewarding.

Recently, a new study showed that when people listen to music, it lights up the same region of the brain (nuclear accumbens), which has been implicated in the euphoric component of psychostimulants, such as cocaine [Salimpoor 2011]. Just the anticipation of hearing the music lit up the dopamine brain centers. (Yet, I really don’t think you can make the case for “music addiction”)

The research on “food addiction” is way too early to be drawing any conclusions. The great majority of studies have been on animals. The limited research on humans has only been brain-imaging studies with a very small amount of people and not much exclusion criteria [Benson 2010].

Yale Food Addiction Questionnaire has generated a lot of headline news. Yet, upon a closer look, the questionnaire seems to actually be measuring compulsive eating or rebound eating from chronic dieting [Gearhardt 2009]. Here is a sampling of the questions:

To read more questions and details on scoring the questionnaire see [ http://abcn.ws/dN8FcI and Gearhardt 2009]

Finally, there are three studies to date, in which binge eaters, eat their “forbidden foods” as part of the treatment process. [Kristeller 2011, Smitham 2008] Binge eating decreased significantly in all of these studies.  If food addiction was a causative issue, you would not expect these types of results. Food addiction theory would predict increased binge eating, triggered by eating “addicting food”. Yet, the opposite happened.

So rather than fear-mongering about food addiction, how about putting your energy into satisfying eating experiences, without distraction or duress; and working on creating a balanced lifestyle, while getting most of your needs met (which includes getting enough sleep).

Benton D. The plausibility of sugar addiction and its role in obesity and eating disorders. Clinical Nutrition 29 (2010) 288–303.

* Rights to Reproduce: You may reproduce this post, as long as you leave it unchanged, you don’t charge for it, link to it, and you include the entire copyright statement. Please let us know you have used it by sending a website link or an electronic copy to etribole@gmail.com

DISCLAIMER: The information is intended to inform readers and is not intended to replace specific advice from a health care professional.

Evelyn Tribole, MS, RDN, CEDRD-S is an award-winning registered dietitian, with a nutrition counseling practice in Newport Beach, California. She has written nine books including the bestsellers Healthy Homestyle Cooking and Intuitive Eating(co-author). Her newest book is the Intuitive Eating Workbook:Ten Principles for Nourishing a Healthy Relationship with Food.

What is Intuitive Eating? 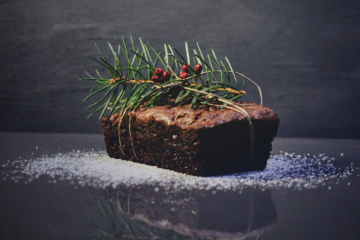 After creating the Intuitive Eater’s Holiday Bill of Rights, I thought about the collective wisdom of Intuitive Eating Professionals on LinkedIn, (which consists of over 800 allied health professionals). And so I posed the following question to the Read more… 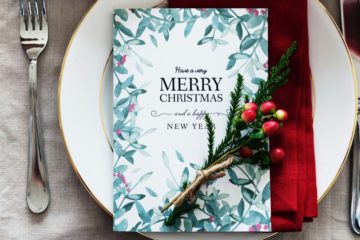 What if peace on earth could begin at the dinner table? Imagine experiencing an inner peace, free from incessant worry about what to eat. It’s hard to enjoy the holidays when you are preoccupied with Read more…